In its publication in June 2022 titled ‘Global Economic Prospects’ the World Bank Group highlights effects of inflation, rising commodity prices, bottlenecks in global supply chains and financial conditions having an effect in the slowdown of global growth which could have an impact on developing economies which needs to come up with strong and wide ranging policy response to enable a sustainable growth in order to reduce vulnerabilities.

Sri Lanka, too, is saddled with its own challenges and faces an uphill battle in overcoming perhaps, the worst economic crisis it has faced since independence.

However, blessed with its strategic location amidst the key shipping routes to South Asia, the Far East and the continents of Europe and America, the shipping and logistics sector remains optimistic and hopeful of positively contributing towards the efforts of reviving the country’s economy.

It would, however, need strong commitment to continuously improve on key focus areas in these efforts and trade facilitation related efficiencies and process improvements can be definitely identified as one of them.

A major focus area of trade facilitation is the simplification and modernisation of existing processes and practices between the various stakeholders such as border agencies, ports and terminals etc., through digitalisation.

Measuring the impact of Trade Facilitation Agreements, the World Bank Group notes that a single day saved in global trade reduces the cost of traded goods by 1% and that the willingness to pay for such time reductions by the related stakeholders is estimated at $ 210 billion per annum.

The report highlights the recent initiatives in several countries supporting trade and logistics facilitation initiatives in simplification of processes which have resulted in reduced time for import/export and financial savings for the stakeholders.

Case Studies and research show that countries in the Asia Pacific region which have taken steps to exploit the use of digital technologies for cross-border as well as in local day to day affairs relating to trade processes have provided great efficiency improvements for exporters, importers and other stakeholders in the logistics supply chains contributing to their economies and strengthening competitiveness.

Higher predictability and speeding up of business processes coupled with transactional cost savings greatly benefits the trading communities whilst better revenue collections and compliance contribute towards the public sector. It is stated that countries, as a whole, stand to attract investments and facilitate job creation and growth by reducing these trade-related delays and costs.

One such example appears in the success stories published by the World Trade Organization on the National Digital Trade Platform of Korea highlighting the rapid growth of trade volumes valued at $ 1.26 trillion by 2021. This is attributed to the successful implementation of initiatives in Trade facilitation through Customs modernisation, the National Single Window, implementation of the Trade Facilitation Agreement and others.

It is common to note that Customs administrations become the focus when the subject of trade facilitation is discussed. Although the functions and activities of Customs administrations is an essential component towards facilitation, a view from a supply chain perspective helps to understand the various dependencies among other players, procedures and processes as well as linkages between these parties such as private sector traders, transport providers, service intermediaries and other regulatory bodies in the public sector.

From the viewpoint of the Ceylon Association of Shipping Agents, there have been several positive initiatives and measures taken by the public sector in Sri Lanka towards the improvement of processes in the past.

Some of the highlights can be listed as:

The COVID-19 related restrictions saw the industry reacting fast to come up with measures to embrace digitalisation to perform transactions reducing human touchpoints. CASA worked closely with SLPA and the Private Terminals to agree on a process in relation to Delivery Orders/Release of containers from Terminals using e-documents. There were number of initiatives with Customs too, which assisted in the reduction of human to human interactions.

CASA has hailed these efforts and have always played a supporting role in the successful implementation of such initiatives.

However, continuous improvement in this area is vital to sustain and increase Sri Lanka’s competitiveness.

For instance, the importance in the reduction of hard copy use in the cargo clearance activities and the vessel clearance applications at the Sri Lanka Customs has been continuously highlighted by CASA. Although most of the information required by ships’ agents are submitted electronically, the need to use hard copies in parallel has resulted in duplication of effort as well as wastage of resources. This results in ships’ agents having to physically visit various institutions for clearance and other purposes affecting productivity. These activities, among several others, have immense potential to be further improved in order to save considerable time loss and costs to partners involved in shipping.

Regulations such as the Electronic Transactions Act have complemented digitalisation and paperless initiatives and practical implementation to benefit from such laws will augur well for the industry.

Measures such as the Logistics Performance Index (LPI) uses timeliness, service quality, ease of International shipments, Customs procedures among others to benchmark and rank countries on areas to improve performance.

If one were to analyse the many success stories of trade digitalisation, countries with successful models today have had no easy passage in reaching their current state. These countries have evolved from relatively small offerings with limited scope to become comprehensive national projects and platforms encompassing all stakeholders, providing seamless integration to fulfil end-to-end business processes covering many activities of traders, shipping lines, forwarders, banks, and the relevant government authorities.

We have seen a number of similar initiatives in the public sector of Sri Lanka which are noteworthy.

The establishment of a Trade Information Portal that provides traders with easy access to information about trade regulations and procedures in Sri Lanka.

Sri Lanka Customs having announced plans for a new platform named ASYHUB which aims to, among others, simplify and automate information exchange between parties and enable pre-clearance and allied efficiencies of cargo clearance.

The SLPA is in discussions with CASA to improve the cargo release process as well as provide better visibility on key information that would result in significant time and effort savings.

The SLPA is also spearheading a project on a Port Community System (PCS) related study and CASA has fully supported this initiative and are engaged with several activities pertaining to it with relevant consultants.

A project towards the implementation of a National Single Window (NSW), as its final outcome, involved all relevant stakeholders including CASA and reached a stage with a Blue Print being developed for a NSW. Unfortunately, progress has been stalled and the industry is not clear of its current state and next steps.

CASA is of the view that initiatives towards digitalisation and paperless transactions should be accelerated with all relevant parties coming together with clear outcomes in mind.

The report published by UNCTAD titled ‘Review of Maritime Transport 2021’, identifies digitalisation as an essential element to measure the improvement of trade facilitation contributing to a paperless environment and online transactions reducing time and costs whilst increasing transparency of stakeholders. It highlights that an efficient maritime trade and transport will depend on aligning and streamlining the various processes and continuing an uptake on digitalisation and automation of trade procedures such as Maritime Single Windows which will be catalysts for growth in the industry.

Therefore, in conclusion, for Sri Lanka to stay relevant in the new digital world it is vital that we adopt digitalisation which would improve efficiency and ease of doing business. 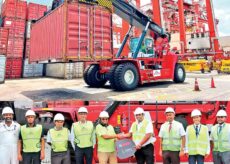 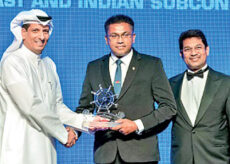 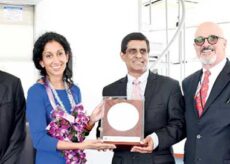