He gave this directive during a special inspection tour of ECT along with new SLPA Chairman Keith D. Bernard.

The minister urged that comments and suggestions by everyone should be used productively to process future works of the project.

“My inspection visit at the ECT was to observe the progress of this project, to identify issues to delays and slow down of constructions and explore possible ways and means to resolve them. I was made aware that these delays are caused by the present US$ crisis in the country which has affected timely payments,” the minister said.

Whilst commending the progress so far, he said new initiatives would ensure timely completion of ECT.

A 570 m quay wall of the ECT that commenced under the Colombo Port Expansion Project (CPEP) has already been completed and currently a 440 m quay facility is available to handle mega scale container vessels. The terminal is of a depth of 18 to 20 m enabling easy operation of world’s any super scale mega container carrier at the terminal. The project is expected to be completed in January 2025.  Ministry Secretary K.D.S. Ruwanchandra, SLPA Vice Chairman G.U.K. Algewattege, Additional Managing Director (Technical) Susantha Abeysiriwardena, Additional Managing Director (Actg.) (Administration and Operations) Prabath Jayantha, several directors, heads of divisions, executive officials and trade union representatives attended the meeting with the minister. 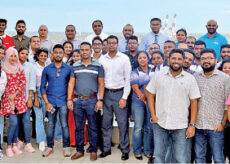 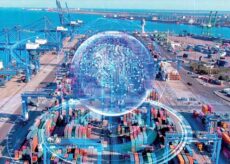 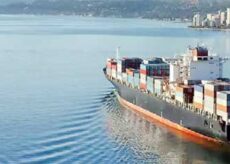